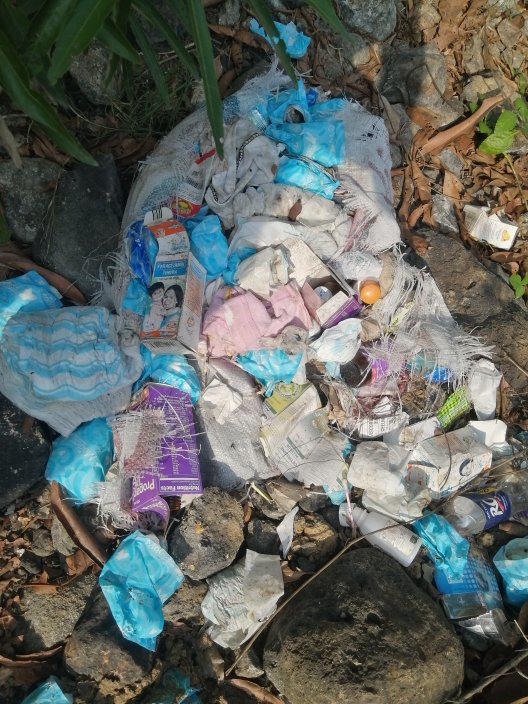 Pollution In The Countryside

There are many standards by which people measure the “progress” of a society of civilizations.
Most of these standards come from a perspective of domination over nature such as income and wealth, military powers, architecture, infrastructure, resource production and industrialization, technological advancement, and so on.

Others use standards of human relations such as available healthcare, cultural achievements, the upholding of law and fair courts, equality or freedom of economics, and equality of races and genders, political structure, etc.

A standard that is less often used is standards of environmental responsibility. It is my belief foremost that a society should be rated on how well it handles the environment and if we were to use such as standard today then many of the societies that call themselves ‘modern”, ‘advanced”, or ‘civilized’ would rank at the bottom of the list.

When society asks and thinks about these questions, that is the hallmark of progress. Anyone who knows the history of civilizations or even those who have played a game of Starcraft or Age of Empires knows that resources are the main driving forces of societies. All empires, cities, and nations in history that have vanished did so because of resource depletion.
No matter how advanced a society may be in terms of military, industry, technology, wealth, or culture.. when resources are abused and the environment is destroyed the society will collapse with it and vanish.

No matter how advanced a society may be in terms of military, industry, technology, wealth, or culture when resources are abused and the environment is destroyed the society will collapse with it and vanish.

Pollution In Our Land

I and my wife have been very dedicated to not allowing pollution on our land. We do our best to keep the land pristine and free of garbage.
Sadly other people around here do not think like us. It is even sadder that the people here have lived their entire lives in the countryside among the mountains and forests and care not to protect its beauty.

On the roads here there is a lot of plastic bottles and plastic wrappers lying around on the side. Especially near houses where people live, the garbage wastes are scattered around the houses.
Nobody seems to care much that garbage is collecting right around their living space. Children and adults throw away their garbage in the vicinity of where they live and they seem not bothered by living among their own filth.

Last week when I and my wife were walking near the bamboo on our land, a place we do not visit often because it’s a little bit far away from the house; we discovered around 15 empty bottles of booze together with plastic wrappers dumped on our land. It was thrown over our fence. As you can imagine we were quite pissed. If you want to pollute and destroy your own environment that is one thing but do not throw your garbage on land that I am trying zealously protect from pollution and degradation.

Pollution In The River

There is a river flowing around our land. The river does not belong to anyone. It fills up in the rainy season and during the dry season, it’s empty. While we walking in the dry river recently to inspect a few things we discovered to our horror that a lot of garbage was dumped in the river. The garbage mostly consisted of poop-filled baby diapers, used feminine pads, used needles, and plastic and glass bottles. It is already bad to dump such garbage in the forest, but to dump it into a river is really worse because

1. The river flows all the way from the mountains, through towns, and ends up in the ocean.
And 2. People swim and bathe in the river when it’s filled up in the rainy season. With not only glass bottles but also with feces-filled diapers.

The picture above shows just one of the many bags of trash thrown into the river.

Steph has been exploring and observing forests since he was a child in the Netherlands. From mushrooms and worms to trees and vines, he dedicates his life to understanding nature. He now applies this knowledge to Jihatsu Eco Farm.
PrevPrevious postHow To Make Cassava Flour By Hand (No Machines)
Next postRe-becoming AnimalNext 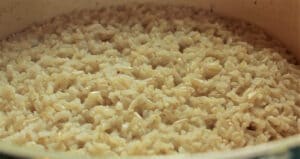 How To Cook The Best Brown Rice Without Rice Cooker

Cooking the best brown rice without a rice cooker is 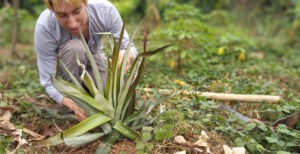 So you just finished reading one of Masanobu’s books such