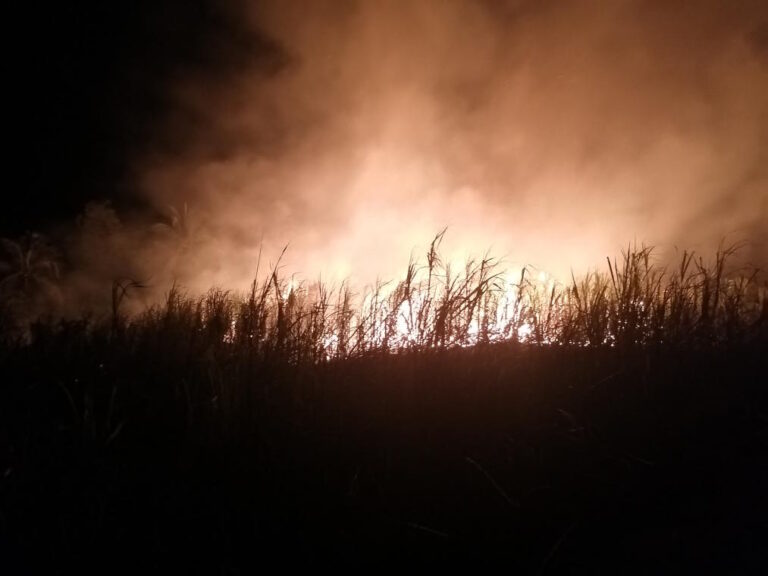 What Slash and Burn Agriculture Looks Like: Confused Farmers

“Another problem with conventional clearing is that the trees are clear-cut and burned.
At a single stroke, the fertility of the soil is diminished for decades.”
– Masanobu Fukuoka

As seen from my house. My neighbor burning a part of the forest to plant bananas.
The neighbor’s field is seen in front. 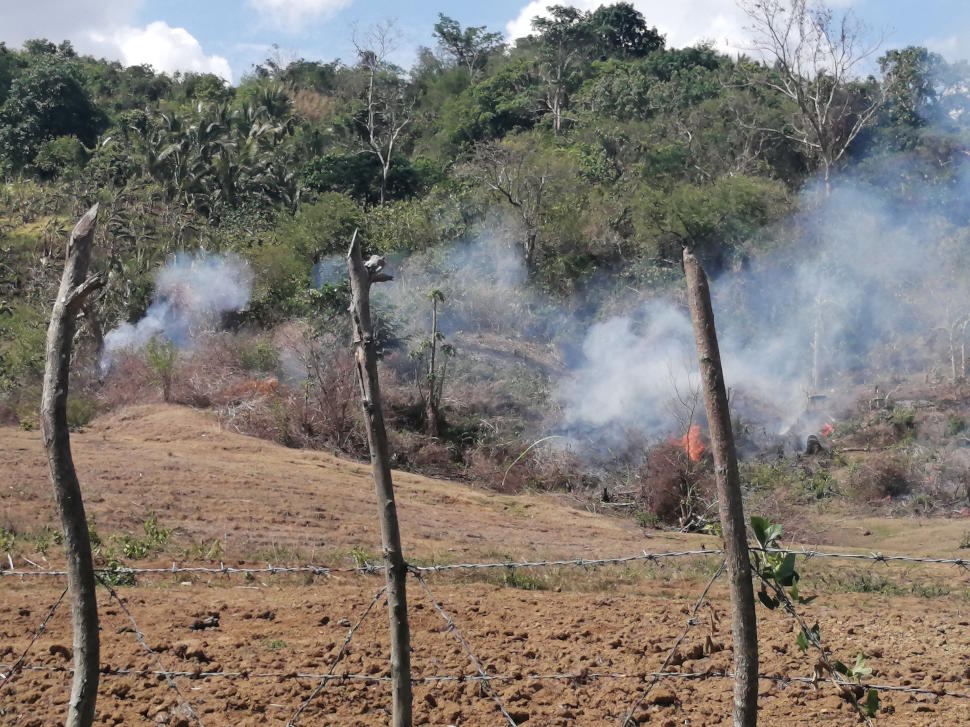 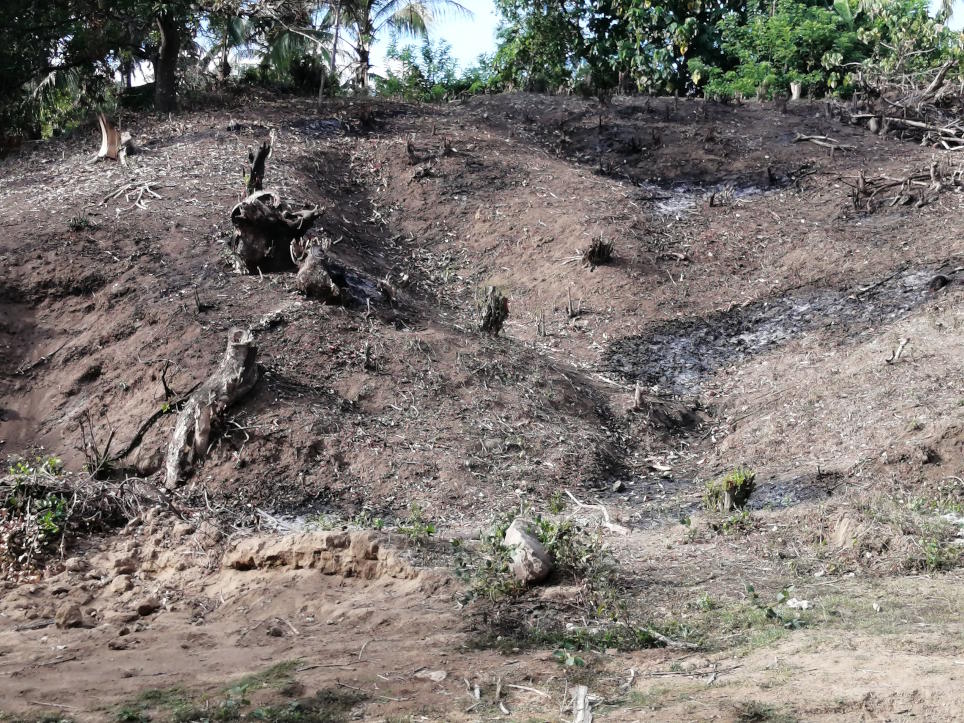 The above 2 pictures are from 2 different areas, but there are a lot more areas that were burned. After burning, the soil looks completely devastated and all vegetation is gone. The areas in the pictures were burned to plant bananas.

Ironically, I am using bananas to help with reforestation by using the bananas to give shade to young and fragile trees and to restore the soil. Yet, here the farmers do the opposite. They cause deforestation just to plant bananas. Here are a few disasters that happen because of slash and burn agriculture:

What Slash and Burn Agriculture Do:

-Increases soil erosion and causes landslides.
-Good nutrients such as carbon are burned.
-Helpful bacteria and fungi get killed.
-Loss of biodiversity (birds, worms, or any other insects die).
-Air pollution.

“In the Philippines, on the islands of Cebu and Mindanao, there are banana plantations but no forests, and there is concern that in a few years even drinking water may be in short supply.”
-Masanobu Fukuoka

The above quote was written in 1996. Now (2021) the same is still happening. Clean water in the Philippines is becoming more scarce as well.

Where Slash and Burn Agriculture Came From

The old tribes of the Philippines used slash and burn agriculture before plowing even existed. Long ago, tribes had the freedom to move around the forests like semi-nomads. They would cut a small part of the forest and sometimes burn it to make a clear area. Then, they establish their community there and stay for about 2-5 years until the soil is depleted. They move out to a new part of the forest and repeat the same process. The old abandoned area is left to recover for 5-10 years, sometimes even up to 50 years.

But today’s modern world is different. There is overpopulation, especially in the Philippines, and because of that farmers or tribes can only own small pieces of land. They no longer have the time and freedom to move around the forest.

The traditional/tribal Filipinos would leave the old area to recover for 5 to 15 years, but here the farmers burn the areas once or twice a year—year after year. The soil and nature have no time to recover at all and everything just becomes worse and worse.

For that reason, the forests where the farmers chose to stay have slowly disappeared from an increase of deforestation from the pressure of lumber demands and (cash) crop fields such as sugarcane.

Our other neighbor’s field, beside our land. This used to be full of trees.

The Carabao Is Not the Farmer’s Best Friend

Carabaos or water buffalos were originally wild animals in the forest, sometimes hunted for meat. They were only recently used for plowing when the Spanish thought that the way Filipinos farmed was too primitive.

Nowadays, Filipinos call the Carabao the farmer’s best friend. I doubt they know the natural history of where the carabaos came from. Indeed, the farmers in the area where I live take this term very seriously as they have a horde of carabaos that eat up everything. All the lands here are overgrazed and forests are cut down to make pasture for these giant animals.

It may not surprise you that I have forbidden all carabaos and other grazing animals to enter my land nor do I wish to own such a beast. Here are other reasons why I don’t own a carabao:

Cons of Having a Carabao in Your Farm:

-The Carabao’s heavyweight stomps the loose soil, making it compact and hard to plant in.
-Carabaos require a vast field of grass for food, giving farmers more work to do as they collect grass from other fields.

Now, both the traditional tribal system (slash and burn) and the Spanish or European system of plowing are used by Filipino Farmers. The worst is that they do both in the wrong way. Their confusion has destroyed the environment around them.

They plow the soil up to 6 times per year or more, thinking the more they plow, the better. They leave the earth bare and exposed to the brutal sun. Even in the European climate, this is a bad thing, but in the tropics, it is worse as torrential rains and intense sun speed up soil erosion even more than European soils; especially on sloped areas.

Furthermore, when Filipinos plow, whatever vegetation, mulch, and organic matter that is plowed off the soil are immediately burned or eaten by the carabaos. Traditional European farmers would first put mulch, animal manures, and organic matter on the soil before plowing so that everything is mixed well. Although the plowing would still damage the soil, at least the organic matter stays.

As you can see from the pictures, swathes of forests are cut and wholly burned up, leaving the soil bare, ready to be baked in the sun like a clay pot hardening in an oven. Instead of immediately planting on the land it is left naked for many months; sometimes it is even plowed after.
The soil’s organic matter here is extremely low because everything is burned or eaten by carabaos. Every blade of grass, every small weed, every tree is burned up.
Here in my area, the farmers use the word malinis, which means “Clean”, to describe the clear-cutting of trees, burning of fields, and the total elimination of all weeds or previous crop residue to make the land bare with exposed soil.
Any field here with even the smallest amount of grass, mulch, or organic matter is seen as “unclean” and “ugly”. It is no wonder then that the climate here is slowly drying up and the lands turning into deserts.

To make matters worse, on top of all of that, they also follow the modern method of monocultures, cash crops, chemical fertilizers, and chemical pesticides. Here are a few reasons why these are bad:

The downside of Monoculture (Single-Specie Farming):

1. Plant diseases can spread more quickly – because there is only one type of plant grown, the diseases spread more quickly, which means:
2. Monocultures almost always use pesticides
3. Reduces biodiversity – only animals that eat the specific plant will thrive in that area.
4. Depletes soil nutrients – because all plants are the same, the plants only take the specific nutrients that they need, leaving behind the rest.

The downside of Chemical Fertilizers:

1. It’s slightly poisonous to plants.
2. It’s more poisonous to the helpful microorganisms in the soil.
3. The plant becomes weaker – the plant does not work hard by itself to gain the nutrients it needs. It will rely on fertilizers, which in the end will make it more susceptible to diseases.

Here we have three systems of farming: (1) traditional slash and burn, (2) European Plowing, (3) Modern chemical farming—all mixing up and causing only the worst of the systems to combine.

The fields of these farmers are horribly managed, the soil eroded, and the natural fertility largely decreased and yet in the village of the farmers, there is a polyculture system resembling a food forest. Between the houses and on the edges of the villages grow very tall mango trees that provide light shade to everyone.

Patches of cassava, sweet potato, patola, and perhaps a few beans grow next to houses and chickens run freely anywhere without restrictions. Nothing is plowed as this would be impossible with all the houses, fences, and trees.

The sight of the village is in stark contrast to the constantly plowed monoculture fields that lie just outside the village. Though what I have described of this village may seem like paradise, and in some ways, it resembles it; it does fall short.

First, the amount of food grown in just the village is most likely not enough to feed the village’s population. Second, the soil in the village is extremely compacted from all the people walking there and the soil is not mulched nor is any organic matter added. I suspect that people add chemical fertilizers to increase the growths of the plants, especially because when any farmer here gives me ‘advice’ on plants they say I should add ‘complete’ chemical fertilizer. Also, no weeds or ground covers at all are found among the village vegetation and the soil is left completely bare and exposed.
What hope is there for these farmers?

According to the guidelines of natural farming, if the village farmers turned even one of their plowed fields into a well-managed food forest or Agroforestry system, they would increase their food and wood production dramatically to feed themselves. Additionally, if they would turn all of their fields (over 100 hectares) into natural farming, they might become rich.

Steph has been exploring and observing forests since he was a child in the Netherlands. From mushrooms and worms to trees and vines, he dedicates his life to understanding nature. He now applies this knowledge to Jihatsu Eco Farm.
PrevPrevious postHow I Experience Nature
Next postBanana Planting – Part 1 – 2020Next 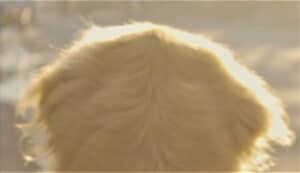 How I Experience Nature

“Laying aside one’s ego is the quickest path to unity

Creating an outdoor mushroom patch I have recently obtained several

1 thought on “What Slash and Burn Agriculture Looks Like: Confused Farmers”