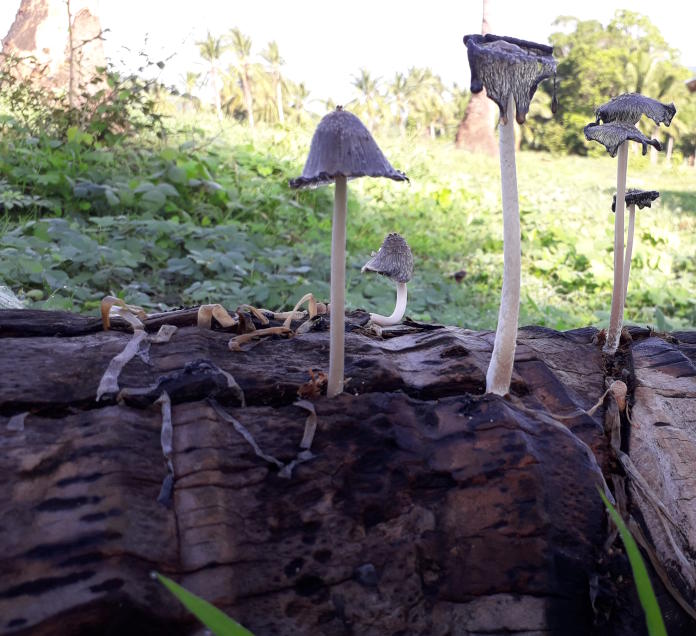 It Is All About Organic Matter

Natural farming and farming, in general is all about the management of organic matter.
For those who do not know what organic matter is, it is basically any decomposed and decaying organic matter coming from any biological lifeforms such as dead plants, dead animals, dead insects, but also feces, urine, and so on.

The more organic matter is available on the farm the more fertile the soil becomes and the more life can grow.
The paradox is that to get lots of organic matter we need a lot of dead lifeforms, to make the soil go from lifeless to alive we need dead lots and lots of dying or in other words: decomposing stuff.

On a natural farm that does not use chemical nor organic fertilizers*, nor compost the main goal is to get as much organic matter as possible in the shortest amount of time.
One of the best ways to accomplish this is by growing a lot of weeds with a constant chop and drop and by growing nitrogen-fixing trees and fast-growing pioneer trees that can be easily pruned.

Farming is the management and regulation of energy to grow a harvest either for food, medicine, construction materials, cosmetics, beauty, or other utilities.
The energy on a farm comes in 3 ways: Light or Heat, Moisture, and Fertility. It is the combination of these 3 factors that allow life to flourish. In a modern petro-chemical farm all 3 factors can be controlled artificially. Light and heat through electrical lamps; moisture through irrigation; and fertility through chemical fertilizers. However, the sacrifice of this control is to consume huge amounts of energy by burning fossil fuels which causes the climate of the planet to change. And these fossil fuels are guessed what: High-density forms of organic matter… The dead bodies of plants and animals from millions of years ago were compacted by the heavyweight of the Earth.

On a natural farm, we can also control light, moisture, and fertility to a certain degree, but without sacrificing the health of the ecosphere.
Light comes from the sun and nobody can control the sun. But by growing more plants and allowing more weeds one can capture more energy from the sun and thus grow more biomass. Organic matter or biomass after all is the process of converting inorganic matter into bio-molecular energy through solar energy.
Moisture comes from rain and the only way to control moisture from the rain is with water catchment areas like for example swales, canals, and ponds.
Fertility can be controlled by increasing organic matter which is the one factor that can be controlled by the farmer and that is why natural farming focuses so much on organic matter.
The management of light, moisture, and organic matter is actually closely linked together. By using thick layers of mulch and also by the growth of weeds and trees the moisture evaporation rate decreases while at the same time increasing soil organic matter. Meanwhile when soil organic matter increases the soil changes structure to be able to hold more water for longer periods of time.
If you have been doing natural farming and you are not routinely adding organic matter to the soil that nothing will improve.

Sometimes when we see desert soil we call it “dead soil”, but a more correct term would be “lifeless soil”. Life and death are interrelated, they can not exist without each other.
The more life there is, the more death; and the more death the more life. Lifeless is the absence of both living and dead. Dead is the decomposition of old life and the potential for new life or what is known by different terms such as the nutrient cycle; the circle of life; the interplay of life and death; and reincarnation.

Steph has been exploring and observing forests since he was a child in the Netherlands. From mushrooms and worms to trees and vines, he dedicates his life to understanding nature. He now applies this knowledge to Jihatsu Eco Farm.
PrevPrevious postTree Planting – Part 2 – 2020
Next postThe Sad Story Of Yaku Our Aspin DogNext

Rescuing A Dog From Starvation

You have met our dog Seidr and our dog Yaku.

The Paper Lie Everything in the modern culture of civilization 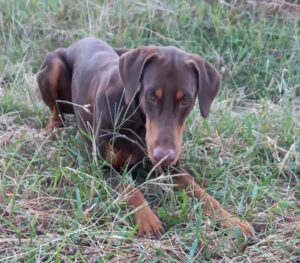