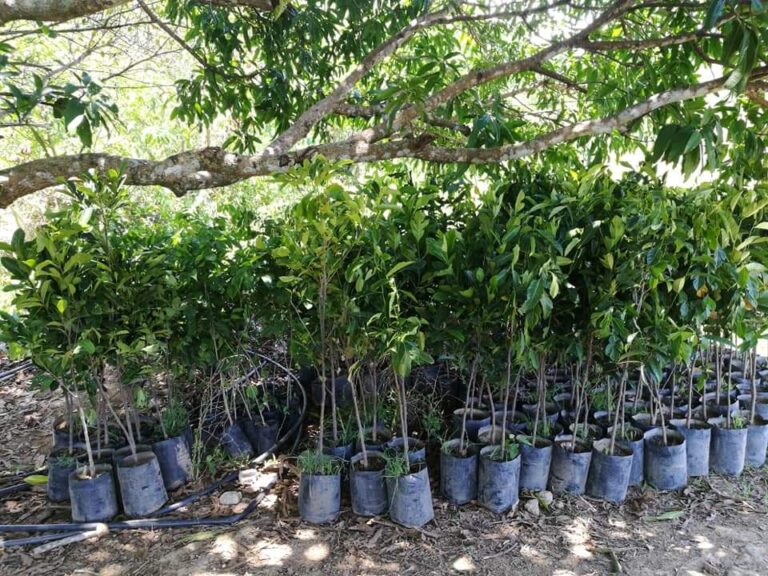 Planting trees in 2020 was a bit difficult because of the Coronavirus / COVID pandemic. With strict lockdowns it was hard to find a tree nursery, however, in time we found a nursery that could handle our request.

I was lucky that my mother-in-law and my wife were able to go to Tagaytay to buy trees from a nursery where we bought good trees from before. Cause of the quarantine I was not able to go with them, but I made a list of trees that we needed. Not all the trees on the list were available, but we still got nearly all of the ones we needed. 3 days later 400 trees were delivered with a truck.

Because of the rain, the road turned muddy so the truck was not able to stop in front of our farm. Instead, 4 boxes with carts were hired which had to go back and forth at least 10 times to transport the trees to the house. On the day the trees were delivered many turned droopy this is because the roots of the trees had grown out of the pots and into the ground in the nursery.

When the nursery people took the trees the roots got ripped from the ground and many roots broke off. Altho the trees were scheduled to be planted 1 or 2 weeks later, on the 2nd day after delivery many trees started dying; leaves turning brown and leaves falling off even tho we watered them twice a day. So on the 3rd day after delivery, we quickly hired 7 workers to plant all the trees. On the 1st day of planting, we were blessed with a cloudy day and a strong but short rain which aided the trees in their recovery from transplant shock.

On the 2nd day, all the trees were planted and it was still cloudy with mild rain. After all, the trees were planted a minor typhoon hit and it rained non-stop day and night. This may have been too much for some of the trees as parts of the soil became flooded. Now it is just time to wait and see how many will survive and how many will die. Of course, I hope not a single one will die, but I am expecting maybe 20 to 30 trees to die. It is sad, but it is a realistic expectation.

The trees that were planted were over 120 jackfruit trees which will be our main crop for the future. We also have breadfruit, persimmon, sinigualas, malunggay(moringa), avocado, mango, sapote(Manilkara zapota), santol, lanzones, longan, pili nut, guava, rambutan, manzanita, neem, coconut, and ylang-ylang among others. For support, I planted 60 nitrogen-fixing Narra trees (Pterocarpus indicus) in between the fruit trees.
I also planted native species of the Philippine rainforest which were mixed with the fruit trees as well such as Molave (Vitex parviflora), Talisay (Terminalia catappa), Kalumpit, Bagras (Eucalyptus Deglupta), and Kamagong (Diospyros blancoi).
Me and wife also planted 5 Dao trees which are one of the tallest and biggest trees of the Philippines.

All of the trees mentioned above have been planted in between the 250 banana trees that were planted 1 month ago and all tree species are mixed up together to create a diverse polyculture agroforestry system. None of the wild trees that were already growing on the land have been cut and they grow between the planted trees, the wild trees are all native pioneer trees.

I hope that once my trees are growing up more and provide more shade to the land I will be able to plant Cacao and Coffee trees.
Now that the tree part of the natural farm is basically done and I am just waiting for the trees to grow up I can focus on the understory of vegetables.
Underneath and between the trees I want to grow a mixture of pineapple, taro, ginger, turmeric, and a few other shade-tolerant veggies. However, as of now, the trees do not have much of a canopy yet so first I will plant cassava between the trees.

After the tree planting was done I got quite upset and very angry at the local workers, because trees had been planted too deep. I and my wife told them before they started work that we wanted to plant the trees “equal with the soil”, that is the soil of the pot the tree is in should be equal to the rest of the soil, it is very simple to understand.
However later I found out that many trees were planted way too deep, with trees being planted all the way to where the first leaves or the first branch would start, some trees were even planted with the entire lowest branch and leaves in the soil. I was shocked and appalled at how ignorant these people could be, I have never seen anything like it. And these are not inexperienced workers, they are experienced farmers who even get hired by the DENR to plant hundreds of trees every year. It is no wonder that so many trees of the DENR die.

One time I received Cashew seeds from a farmer to plant, I had never sown cashew before so I didn’t exactly know how to. The farmer showed me how to plant them in pots so I followed his suggestion. Then when the cashew sprouted the roots came out of the top of the seed and the shoot at the bottom. So of course I reversed all the seeds so the roots go to the bottom in the soil.

Later when the farmer checked up on the seeds he told me I was doing it all wrong and he started turning all the seedlings upside down again with the roots in the air and the stems in the soil. From that moment on I was sure that guy was retarded and promised myself I would never follow anyone’s advice here ever again.
In fact, I am surprised the workers did not plant all the trees upside down. The people here are only good at cutting down trees and burning the forest, but they are incapable of doing the opposite – growing trees and managing forests.

I was furious that I and my wife had to dig out the extra soil of the trees that were planted too deep. Because of that dimples were created around the trees and when the typhoon hit the dimples filled up with water like small lakes completely flooding the trees. I am lucky none have died so far. Now I need to mix gravel and stones with the soil around the trees that got planted too deep to reduce water retention. It is nearly impossible to dig up the entire trees and move them up.

So that concludes the tree planting of 2020.

Steph has been exploring and observing forests since he was a child in the Netherlands. From mushrooms and worms to trees and vines, he dedicates his life to understanding nature. He now applies this knowledge to Jihatsu Eco Farm.
PrevPrevious postGenetic Uniformity Is The Destruction Of An Ecosystem…And Also Plain Boring
Next postIt Is All About Organic MatterNext 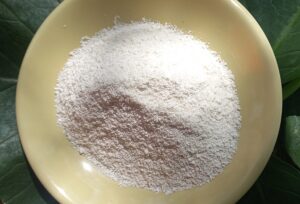 How To Make Cassava Flour By Hand (No Machines) 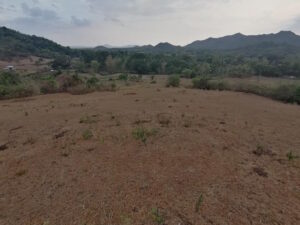 When most people (or at least people living in big

Learning To Walk Without Light

In the city we are bombarded of lights and flashes