The Great Party of Nowness. A Pagan Celebration of Wilderness

This poem was written after I was abducted by the plant people on a full moon’s night.

The Great Party of Nowness.
A Pagan Celebration of Wilderness.
Once upon a time, not too long a go, yet not too far from the near future.

I received a letter in my mailbox.
The letter was handwritten in cursive on tree bark.
The letter stated:

From: The Green Man
To: You

You are invited to
The Great Party of Nowness.
A Pagan Celebration of Wilderness.

Time: Now.
Where: The Wilderness.

Arrive whenever you want, but don’t be late and don’t be early.

Feeling honored to be invited I was eager to go.
This is my honest and truthful account of the party…

The guests arrive.
A jaguar creeps in the shadows.
A wolf howls in the forest.
A snake, unnoticed slithers among them.
Satyros the elder with Faunus and Cernnunos
Starting off the rhythm of the drums.
Hekate burns incense and herbs.
Witches and nymphs
Dancing, singing, naked around the fire.
Artemis holds up the full moon and guides the drunk.
Dionysius stumbles and falls while dancing.
The cauldron seethes and bubbles
Mars arrives uninvited, but is slain by Glyfnir.
Guests rejoice in cheers and tarantismus.
Diogenes barks like a dog.
Loa Tsu bursts in laughter.
Xochipili vomits on Plato.
Plato dissatisfied, leaves early.
Taranis and Thor entertain the guests with lightning.
Odinn and Freya make love and feel ecstasy.
Fairies sparkle like stars.
Eris flirts with Shiva.
Their sensual dance quakes the Earth.
The wild being is alive.
Nature is awakened.
The Green Man is pleased.
Springs of fresh water flow.
The Real is here.

The immediate, the here, the now.
Guests experience.
The rain, but nobody is bothered.
Priapus shakes rattles with excitement.
Tiamat and Gaia kiss passionately.
Loki watches them with a creepy smile.
Hel spreads her legs.
Hades stares into her abyss.
Cupid and Hermes play flute music in the branches of Yggdrasil.
Aphrodites joins them.
Venus whips Eros with a branch.
Osiris and Isis practice the taboo of coitus incestus.
Apollo tries to seduce Hermaphroditos.
But is rejected and slapped in the face.
Epicurus the Hedon takes Hermaphroditos instead.
Kali dances erotically, making Saturnus, and Neptunus excited.

The feasting goes on for eternity.
Until Artemis, collapses into exhaustion.
The fire dwindles, the candles flicker out, the music silences.

Minerva hoots and spreads her wings and Morpheus shares a potion.
Cuddling bodies lay about.
Half a asleep, half in phantasmagoria.
Helios arrives to clean up the mess.
Vishnu arrives, but is too late…

The party is over.

Steph has been exploring and observing forests since he was a child in the Netherlands. From mushrooms and worms to trees and vines, he dedicates his life to understanding nature. He now applies this knowledge to Jihatsu Eco Farm.
PrevPrevious postHerbal Magic
Next postDoes Everything Exist For Entertainment?Next 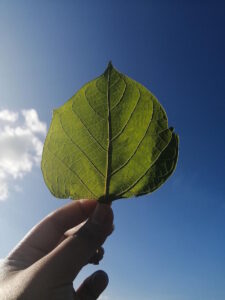 Dreaming My Life Away

It is somewhere in the middle of the day. I

Why Farming Is For Everyone

Some people believe that farming is for families. When you